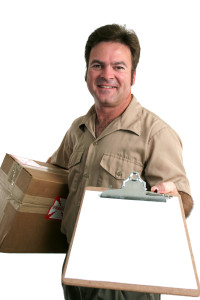 (Much of this material is taken from our previous blog on why Buyers should negotiate even standard contracts.  To see that post, click here.  The material here has been modified to apply more to Sellers and fit our title.)

According to dictionary.com, “Standard” has the following definitions:

Now let’s consider which of these definitions applies to real estate transactions:

We believe that only “C” really applies to most “standard” real estate documents we see. If that’s the case, the mere fact that they are commonly used does not mean that they are better or that they are good at all, since being commonly used is not a commentary on the value of the documents. Now we accept that since they are the most common, the marketplace is used to them and so, for that reason, it doesn’t make sense to rock the boat too much in dealing with these documents, but that is a far cry from viewing these documents as some sort of golden standard, or even as some sort of fair compromise between buyers and sellers, neither of whom had any say in the formation of these documents.  If you, as a Seller, had your own attorney, you would surely want to change a number of things in most “standard” contracts.

“B” cannot apply since it was not “We the People”, nor any appreciable subset of us, that had any say in the formation of the “standard” documents, nor was it our duly elected officials, nor, in the vast majority of cases, is there any oversight or continuing involvement of a Bar Association as an act of public service or consumer protection.

“A” cannot apply because, generally as we understand it, real estate salespeople (agents and brokers) have organizations that have their attorneys draft the documents.

If the salespeople are the clients for whom the documents are drafted and revised, then they will, first and foremost, protect the salespeople. That is why at some of these so-called “standard” documents may insulate the agents and brokers from liability in the cases of incorrect measurements, undisclosed defects, faulty repairs, and some even allow the agents or brokers to get paid something if the deal does NOT close, usually to the great surprise of their clients.   That means that a Seller may have a number of things they might want to change in a “standard” contract.  In addition, every situation is different and language that might make sense under one set of circumstances might not make sense when, for example, your travel schedule or new job you are starting or other personal matters get in the way, adding more stress to an already stressful move.

If one is acting as the “Authority” then they are acting objectively, not subjectively for your own benefit or the benefit of your own members.

So if the “standard” contracts are really just the ones commonly in use, that means we should use them as a general guideline, since they have worked at least to some extent, but nothing more.

We should negotiate, wherever appropriate, to protect our own interests as Sellers. Finally, we should be very skeptical each time these so-called “standard” contract documents are modified, since there is no public input into this process and since such modifications are being done on behalf of the organization of salespeople, who have a vested interest not in your protection, but in making sales. We should definitely consider outsourcing sales to salespeople, but we should be careful since, when we outsource contractual protection to them as well, we do so at our own risk.

In our next blog post, we plan to explore, “Not Reading the Contract at All!” (#8 of the 15 Mistakes We See Home Sellers Make Most Often). We hope you find the information helpful.

If you would like to have your own lawyer to help you on your next home sale, just click here to sign up to be a client and pay nothing up front!

THE CHOICE OF A LAWYER IS AN IMPORTANT DECISION AND SHOULD NOT BE BASED SOLELY UPON ADVERTISEMENTS.

© 2016 Home Sweet Legal®, a division of The Jacob Law Firm, LLC d/b/a Marc Jacob, Esq. All Rights Reserved. Information provided on this website is for informational purposes only, and should not be construed as legal advice. Transmission of information from this website or via Internet email from or to this website or via any forums hosted or provided by this website does not create an attorney-client relationship, nor is it intended to create such a relationship. Links to sites maintained by third parties are for your convenience, but this law firm does not endorse those sites.

No attorney-client relationship exists until at least one Client has signed our fee agreement and the law firm has either signed it or sent a confirming email that we accept the representation.